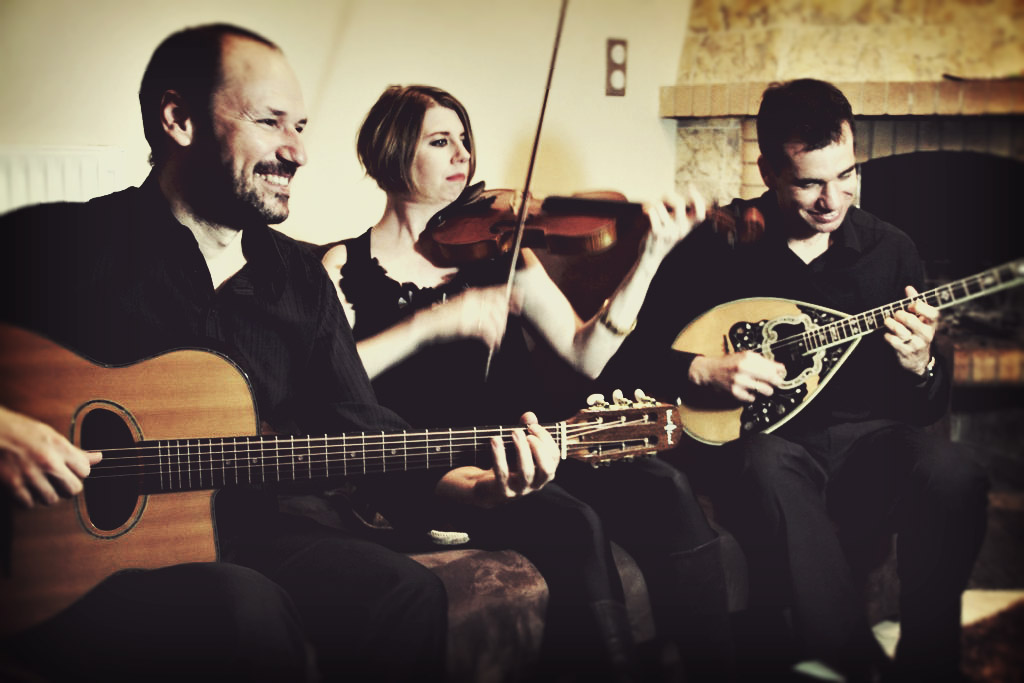 This very special event featuring urban Greek folk music from the Rebetika Revival of the early 1970’s is a fundraiser benefiting The Annunciation Greek School.

JAIME SMITH, a native of Sacramento California, graduated with a degree in Violin Performance from the New England Conservatory of Music in Boston. In 1999 she was granted a Fulbright Scholarship to study the traditional music of Greece in Athens with Yiannis Zevgolis, and then continued under the direction of Kyriakos Gouventas. She has spent the last 9 years living in Athens and performing all over Greece and Cyprus with celebrated artists. Jaime has recorded with the renowned composer Nikos Mamagakis, and is high demand for radio and television.

ORESTIS KOLETSOS was born in Paris and grew up in Athens. He studied music from his early childhood and started playing bouzouki at 15. Orestis was a student of Yiannis Palaiologou, one of the most important bouzouki players in the Greek recording industry and performance venues. For the past 10 years he has been playing bouzouki in concerts and in nightclubs. He has performed for composers such as Nikos Mamagakis and Ilias Andriopoulos for concerts, television and radio programs.”

APOSTOLIS KOUNIS comes from Central Greece (Larissa). He began singing and playing guitar at the age of 12. He studied at the Modern School of Music in Thessaloniki. In Athens, he studied with Vassilis Rakopoulos, a prominent recording artist of eclectic styles. Apostolis has also studied Byzantine Music and Music Harmony. He is a student of the oud with Christos Tsiamoulis. Apostolis is in demand on the music scene in Athens and participates in significant concerts, seminars and documentaries on Greek television.

The HOHLAX trio was formed in 2007 on the Greek island of Amorgos . The name HOHLAX refers to the beach HOHLAKAS, where the members of the group have spent many summers together. This beach, which is definitely off the beaten track, provided much inspiration and gives the group members of HOHLAX a unique energy and force, which, together with their dedication to the music tradition of Greece, makes for a unique and moving musical experience. HOHLAX has played in almost all of the music venues on AMORGOS and has also enjoyed performing in Athens. 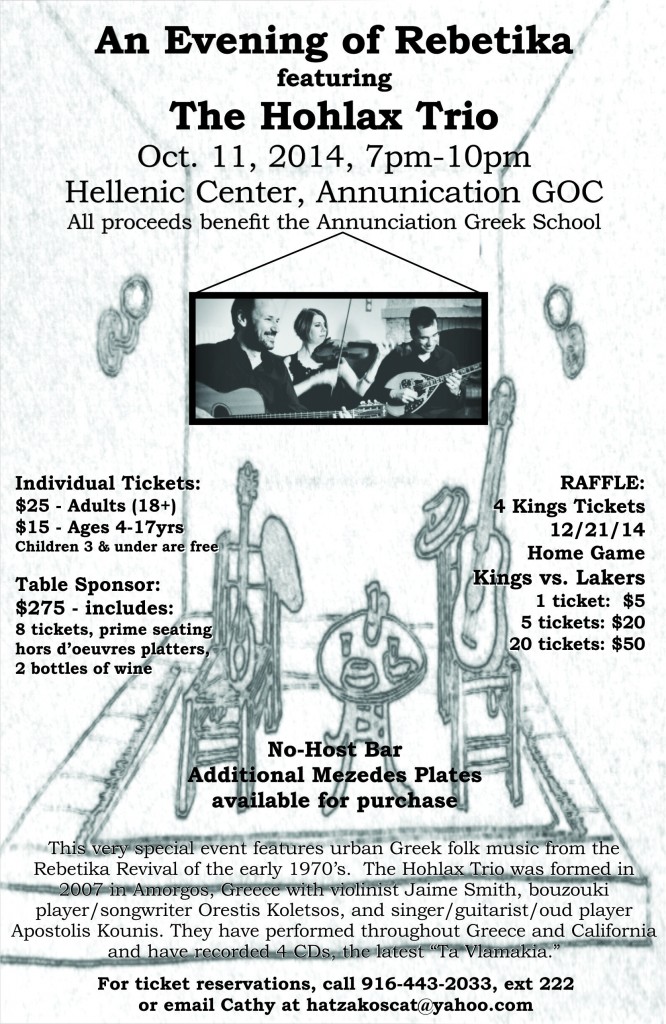